It is the week before Christmas and all through BrownTown everyone is stirring even the mouse. In the garage! I hate meeces to pieces, but that is another story. I need Kiki here.

Here at BrownTown everyone is all caught up in the hustle and bustle of Christmas and trying to find that perfect gift. Me I know what to expect. Every year it is the same thing. Papa says, “Just give that dog a bone.” Every year! Yup!

Hi folks. Let me take a minute to introduce myself as you might be new to this publication.

I am Winston “Tiger Dog” Brown the offical reporter for BrownTown. I will soon be 15 years old, and have been reporting from BrownTown most of those years. As usual I am getting a late start. Things would go much smoother if I had thumbs. Damn keyboard.

It has been a very good year with much to report so let’s get to it.

I spoke to my cousin Cheeto. I think we are cousins. We are family dogs, and Papa says that makes us cousins. Anyway Cheeto has the down low on Amy and Allie. Many things have taken place in the Cheeto house. Allie graduated from college with her nursing degree and is working at a dialysis clinic for Fresenius Medical Care. She bought a Jeep Wrangler right before graduation. It is very cool. She got it with an anti-theft device: Manual Transmission. She also has been practicing her Jeep wave and is getting better. They went on a vacation to Estes Park in Colorado and took the Jeep on the back trails. Papa said that he wanted to go next time. 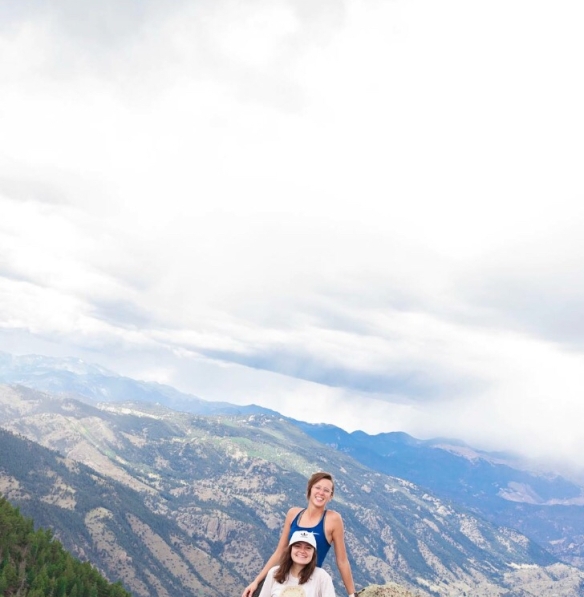 The girls moved to Prairie Village which is a suburb of KC. It is right on the Missouri border of Waldo, MO. So never say, “Where’s Waldo?” Papa thinks he is funny and will tell you that Waldo is next to Prairie Village. He laughs. Actually it is nice to hear him laugh. So ask.

When they moved it was much closer to where Amy works. I guess I should say worked. Amy said adios to her job and hopefully her 60 hour work weeks. She is now a graphic designer with Reactor Design Studio at their office located in downtown KC. They are a smaller firm with a focus on local clients. No more having to get on a plane to go watch a commercial being made.

Also they got a cat this year. Her name is Kiki. She is named after a Drake song. Hell, Papa and I had to ask:   “Who’s Drake?” Oh well. Moving on!

I hooked up with Dixie using a Snap Shit app. Who says you cannot teach an old dog new tricks. Papa on the other hand, well he is lost. Poor guy.

Dixie gave me the down low on the Hegers. Steven is still doing that top secret defense contractor work for Honeywell. In his spare time he builds cars. I do not mean models, but real cars. He has also taken up furniture building. His stuff looks really good.

Erin has found herself getting busier and busier each month with her freelance writing. She does some political reporting and she writes about women and family issues. She has been able to get regular assignments from several publications. She was also published in The Atlantic online magazine this year. Very proud.

Justin is living in Lee Summit, MO. He did not come home to live with Papa and Mama this year while doing the Christmas light business. The Light Guys is still going strong, but Justin has relied on his partner here in Wichita to manage the day to day duties. Justin moved into a new position with sales management responsibilities with the KC roofing company he is with, and they preferred that he stay in KC working for them this fall/winter. Things are going well.

Mama and Papa have been on the road much of this year with trips to Hawaii, Colorado, Texas, Wyoming, Arkansas, and of course Missouri. Papa will be on the road in a couple of weeks with a trip to Tennessee. Go Tigers!! Papa is feeling better. They keep their fingers crossed. I would if I had fingers.

Now it is time to talk about Camden.

Cammy has been growing and talking more and more. Papa says that soon he will no longer need an interpreter to understand him. Papa sometimes has a hard time speaking Cammy, but the language of love he can handle. They have a special bond. Papa was there when Cammy caught his first fish. Papa has been able to experience many of Cammy’s firsts and of course taken photos and video. He bumped into Erin while they were both trying to film Cammy at Table Rock. Erin asked Papa, “Hey who is the parent here?” Papa has to tell himself to chill. He has had those opportunities with his three gifts. It is time for Erin and Steven to enjoy the gift of Camden.

The wise men brought the baby Jesus the three gifts of gold, frankincense, and myrrh. The most special three gifts ever brought to BrownTown were: Erin, Justin, and Amy. Papa would not trade them for anything. Most days anyway. Sorry Jesus, but you can keep your gold.

Now we have the gift of Camden, and he brings so much joy to so many.

Being the wise old dog that I am I have seen a lot and I understand a little about human culture. I understand that the greatest gift ever given to mankind was a child and his birth is celebrated on the day called Christmas.

That is the chosen day to celebrate. No one knows the exact date that Jesus was born. Papa does know the dates his greatest gifts were born. Well sometimes he needs to be reminded.

Papa tries to find that special gift for Camden, but Papa knows that one day Camden will realize that the best and most special gifts in your life are not found under a tree. They are the people in your life. This is the season to celebrate our gifts. We celebrate our present gifts, and remember the gifts that are no longer with us.

So as we gather in BrownTown this year at the special table with the green table cloth that will not come off (Beverly Hillbillies) and use our special long pot passers we will celebrate the gifts around the table. But one gift will not yet be there. That gift will arrive in February.

For unto Erin, Steven, and Camden a child will be born. Camden will one day realize that the gift of a little brother or sister will be one of the most precious gifts he will have ever received.

Well I guess that is all the news fit to print from BrownTown this year.

From all of us here in BrownTown to all of you we hope that you get to spend time with your special gifts this Christmas and Holiday Season.

Hope to see you soon. Out.